Damon Stapleton is one of the world's most awarded advertising creatives. The South African migrant now helms DDB New Zealand, creating ads like Lotto's pirate ship and the Game of Thrones #bringdowntheking event. 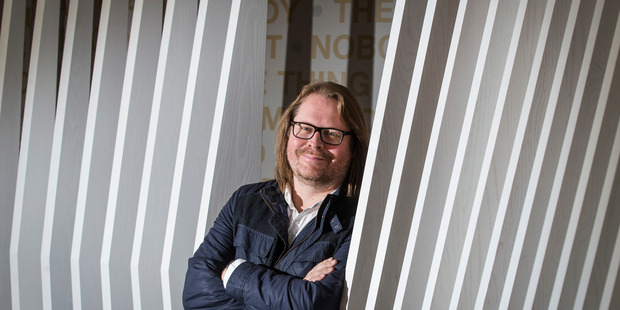 1 Which ads are you most proud of creating in your career?

Our campaign for The Zimbabwean newspaper. Robert Mugabe had hounded them out of the country so they needed to print and sell papers overseas to survive. Zimbabwe had just begun printing $100 trillion dollar notes so we made billboards out of real banknotes. That campaign took off. We got in the Huffington Post, won Cannes Grand Prix and D&AD awards - and the newspaper is still running to this day. I'm also proud of our recent campaign for OPSM. They wanted to increase the number of children getting eye tests so we created a book which contained an eye test parents could do at home while reading a bedtime story. That was a leap of faith for our clients, but it worked and more kids got eye tests as a result. I'm also proud of winning the Fair Go award for our Lotto pirate ship ad. New Zealand is the only place where I've won a cake. It's great.

2 You've worked in advertising for over 20 years. How has the game changed?

Ten years ago an integrated advertising campaign might have had some TV, radio and print. Today you could have YouTube, Facebook, Snapchat, a game, a music video or some experiential stuff like the Game of Thronescampaign DDB did a couple of years ago where people could tweet to bring down a statue of King Joffrey in Aotea Square.

3 How will advertising survive in this multi-media environment?

Every couple of years we hear this doomsday prophecy that advertising's going to die, like when Facebook came along. We are at a crossroads where we have to re-evaluate what it is we do and how we do it. There's no absolute model because we're standing on tectonic plates. Every few weeks some new thing like Pokemon Go comes along. Because change is the new normal, I hold on to quality because people will gravitate towards the thing that makes them feel something. It could be really beautiful or have a great story. If it makes you feel, it'll stand above the noise.

4 What was your favourite ad this year?

The Paralympics ad, "Yes I Can" was a good example of why I believe in quality. The concept and the craft were beautiful. They told the story without any words yet you understood exactly what they were saying. We hear a lot about ads needing to be short and snappy because we're time poor but that ad was three minutes long and everybody was sharing it because they connected with it.

5 Do you need a big budget to create a good ad?

Not if you've got a great idea. Last year we did a reverse April Fool's for BMW where we put an ad in the newspaper on April Fool's Day and said if you bring in your car we'll give you a new BMW. Everyone was like "that's bullshit", but we did give a BMW to the first person who came in and it ended up on Good Morning America because it was something they hadn't seen before. It's idea before execution. Sometimes people use great execution to hide bad content. You can have perfect grammar but if what you're saying is shit no one cares.

People in my industry are spending too much time worrying about the picture frames rather than what's in them - the channel, rather the content. I always start with the idea first.

7 Where do great ideas come from?

It's seldom from a process. Most happen because somebody said "I know this is stupid, but . . ." So the first rule is to be open. Brainstorming is by and large bullshit. Everyone says, "We just need lots of ideas". Well, how many? A hundred? The more ideas you generate, the more you have to curate. The best work happens because somebody really believed in an idea and fought for it. Passion is what gets stuff moving. The brands that get noticed are those that are willing to try something new - without the data to prove it will work. Otherwise you're just doing what's already been done. Some businesses have found success in copying fast, but in a world where there's too much content, the real risk is being safe.

8 What makes a great creative?

Great creatives are often misfits with an idiosyncratic view of the world. You have to have a different point of view to everybody else. You also need an incredible amount of dedication. Tonight at 8pm there will be people working here, not because I expect them to but because creatives will keep going until they reach that invisible line in their head. That drive is as important as talent. People think creatives just go to parties but it's a tough gig. No business in the world has more ideas that don't get made than advertising. It's hard not to take rejection personally when you've invested yourself in the idea and fought for it. You have to develop a sense of strong opinions lightly held - you fight and then let go.

I was born in Surfer's Paradise. Dad was in a band called Mike Shannon and the Strangers. Then he ran hotels for Sun City's Sol Kerzner, so we moved around a lot. Mum died of cancer when I was 10. I don't think Dad ever stopped being a rock star. He married five times. I went to 16 different schools in Australia, South Africa and England. When you're not from anywhere I think you understand the world in a different way. Growing up in hotels, you become very observant. A lot of stories happen in hotel lobbies.

10 How did you get into advertising?

I started out as a freelance photojournalist when South Africa was changing hugely. One of my gigs was to photograph Mandela soon after his release. I'll never forget the sound of that crowd. There were people rolling on the floor, ululating. But Africa is tough and eventually I got tired of photographing dead bodies. I did fashion photography, went to film school but couldn't make a living so a friend got me a job at an ad agency.

The opportunity to work with my old creative partner Shane Bradnick again.

I think New Zealand punches above its weight. We were sixth in the world at Cannes this year. New Zealand is much freer and more creative than other markets. Being far away means we're not as influenced by others. Big markets tend to become an echo chamber where people find something that works and repeat it. Being small also means we can be more nimble. I can speak directly to a CEO, which is trickier in a big market. New Zealand's "Number 8 wire" approach means people are willing to try things. In South Africa we have a saying, "a farmer makes a plan", which also shares that frontier mentality of figuring it out yourself.