Funny is Money: Why Your Creative Process Should Make You Laugh 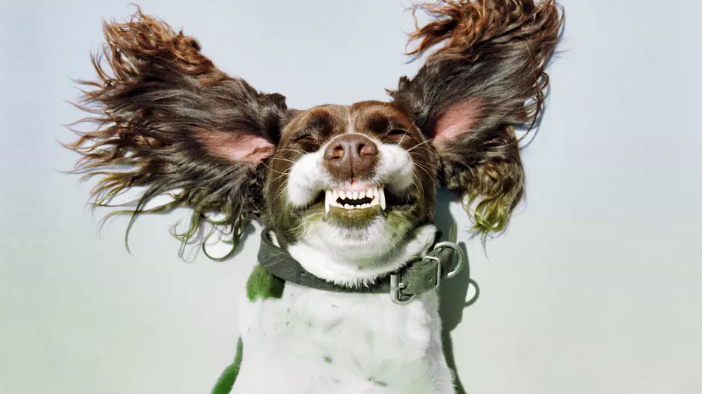 Believe it or not, I look back fondly on the hour we spent in our studio last year, brainstorming for a visual glossary for gout. As well as being a painful and much misunderstood medical condition, gout is surprisingly rich creative territory, it turns out.

Other times though, the content is so dry and a creative solution so remote that the conversation feels like a desert trek. The frustration, the boredom, the sheer raging thirst for a fresh idea begins to get to people; a mild form of delirium takes hold as you start to make jokes and throw silly ideas around. And, that is exactly the state of mind you should have started in.

Pretty soon, one of those daft suggestions will break the deadlock. The idea itself may be too wild—you wouldn’t share it with your client —but it will offer you a new angle or a metaphor maybe, which in turn will lead you to your creative oasis. "Blessed are the cracked," said Groucho Marx, "for they let in the light." 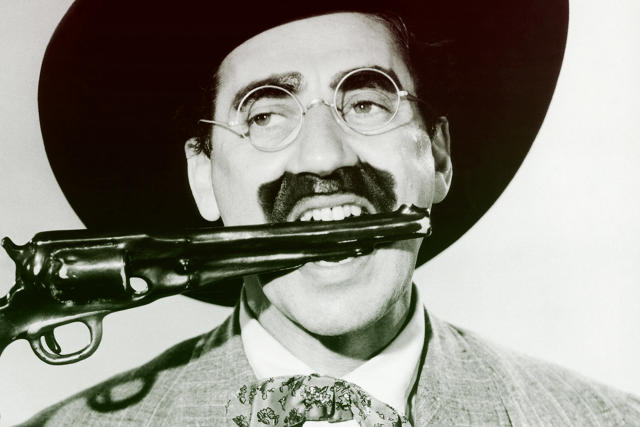 Like Don Draper flexing his creative muscle for the benefit of Secor Laxatives, creative businesses everywhere survive, and thrive, on the needs of clients who—on the surface at least—are a little bit Yawnsville, Tennessee (as my wife would say).

And I’m fine with that. More than fine with that. The more that people recognize the need to engage with their audience, and go in search of a creative solution, the better it is for the likes of us. "Bread and butter" they might be, but what is rarely acknowledged is that the challenge of turning unpromising subject matter into something that really sings can be genuinely enjoyable.

That’s why I try to spend as little time as possible at work being serious. Seeing the funny side is not a responsibility I take lightly. I take our clients’ needs and objectives very seriously; I know neither they nor my colleagues would be reassured or amused by a constant stream of gags in meetings. But tackling a brief with humor and making it part of your creative process is essential. Humor is impossible without curiosity, comprehension and ingenuity. And if you’re bringing those qualities to a job your client is likely to be getting very good value for money.

The abstract expressionist painter, and occasional cartoonist, Ad Reinhardt said: "Art is too serious to be taken seriously." I try to apply the same philosophy to what I do: Having a laugh is my solemn professional duty.

Writer and renowned wit Clive James described a sense of humor as "common sense, dancing." It’s a perfect description, but I feel it could serve as the hallmark of any successful creative project. Creativity, like humor, nearly always involves taking something familiar and certain on a dance past our expectations. Realizing our assumptions have been sidestepped is what engages us—it prompts us to smile, to think or to feel something. Not all creativity is funny, but it usually relies on the same nifty mental footwork—and the same common sense—that a good joke does.

Wit, on the other hand, is always creative. And that’s why, when it comes to finding talent and building a team, I stand by Clive James’s assertion that you can’t trust someone without a sense of humor—"not even to post a letter!"

A spontaneous joke is like a creative project in microcosm. You need to understand your audience well enough to know their assumptions, and your subject well enough to evade them. I’m no comedian, and I’m certainly no neuroscientist, but when I’m cracking a creative problem or attempting to crack a joke, I swear I can feel the same part of my brain whirring into action.

A sense of humor at work keeps your thinking light, unselfconscious and playful. And if it deserts you, your creativity tends to desert you too. The great designer Paul Rand described himself as a "mischievous" person. "Impish" is another good word for it. I want my team to tackle creative problems in an impish way.

None of our clients have ever said that presence of humor in our work was inappropriate, even when the subject was particularly dry or serious. In part, that’s because we use humor sensitively. But it’s mainly because its value immediately outweighs any concerns. Clients can be nervous that humor, where they have never seen humor before, will seem silly or disrespectful. But their worries melt away when they see that the humor is performing a serious function. Humor is much more valuable to a business than reverence. As Paul Rand said, "humor is important for serious problems, because it makes people remember."

Besides, people want to have more fun with their work. Humor keeps routine fresh and makes new challenges less daunting. It stops us getting bored. "The life of the creative man is lead, directed and controlled by boredom," said the artist, illustrator, cartoonist and all-round-genius Saul Steinberg. "Avoiding boredom is one of our most important purposes." In other words, the creative man, or woman, is in the entertainment business.

And it’s interesting that while Rand was on Madison Avenue honing his peerless visual wit, some of the greatest comedy writers of all time were a block away at NBC crafting material by exactly the same guiding principle—making common sense dance. "Comedy is based on truth,’ said Sid Caesar, the biggest TV comic in 1950s America, "you take the truth and put a little curlicue at the end."

As one of those writers, Mel Brooks says, "funny’s money." I’m in no doubt that’s as true for us as visual communicators as it is for those who are paid to make us laugh. Laughs may not be our primary objective, but a few along the way help us get to what is. Hold on to your sense of humor, and you’ll hold on to your clients.