Is this lidless design the future of disposable coffee cups? 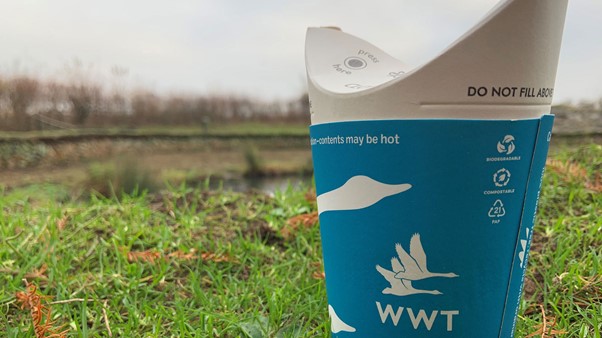 Is this lidless design the future of disposable coffee cups?

A new design from start-up company ButterflyCup needs no separate lid and simply biodegrades naturally if disposed of improperly.

A new plastic-free, lidless coffee cup is launching in the UK with the aim of being “the world’s most environmentally friendly disposable cup”.

The ButterflyCup is the invention of a start-up business of the same name. Company founder Tommy McLoughlin hopes the design will “lift the lid on the eco disaster” in which disposable cups plays a increasing role. 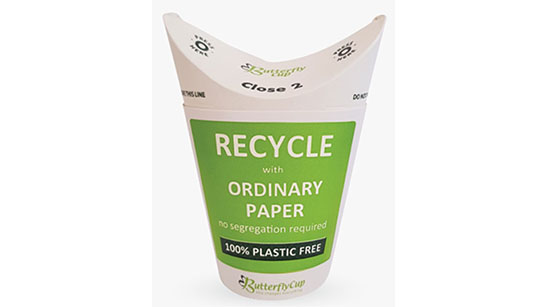 An all-in-one with no lid

Britons throw away 2.5 billion coffee cups a year, according to ButterflyCup. This amounts to some 5000 every minute and only one in every 400 is recycled.

Most cups are not recycled because their plastic lining makes it difficult to do so. Additionally, the paper cup and plastic lid found in the design of most examples need to be recycled separately.

ButterflyCup has sidestepped this problem by designing an all-in-one cup with no lid and no plastic laminate lining. Additionally the inks used on the exterior of the cup are all plant-based. 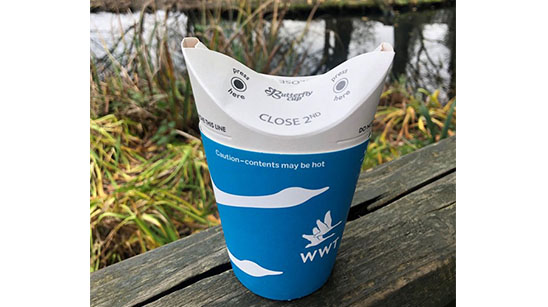 The all-in-one design produces a spouted cup. The paper flaps can fold up to allow the cup to be filled and then folded down to act as a lid. This is a patented design, ButterflyCup says, which prevents “splashes, leaks and drips”.

At the top of the cup, the company has printed instructions for how to fold it to achieve this. An insulating sleeve provides a space for individual shops’ branding.

Having no plastic coating means once drinkers are finished, the cup can be disposed of in a normal paper recycling or home compost facility. And even if the cup does end up in the environment, it will naturally biodegrade. 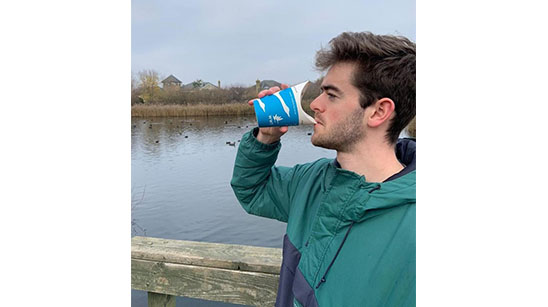 The cup has already proved a success in 20 countries around the world. It will be brought to the UK by the Wildfowl & Wetlands Trust, which will swap out its regular cups for ButterflyCups at its centres across the UK.
McLoughlin says also that his company is in talks with “several of the major coffee chains” about the possibility of switching to ButterflyCups in the future. 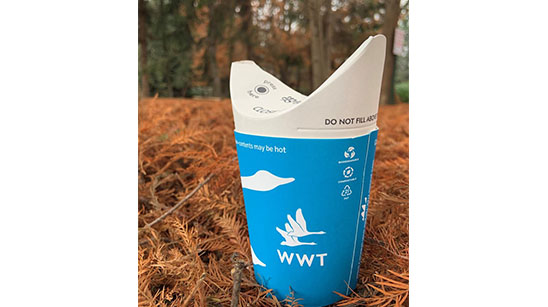 The race is on among product and packaging designers to come up with new ways to avoid plastic in the food and drink category.

Earlier this year alcoholic drinks manufacturer Diageo unveiled a new paper-based bottle for its Johnnie Walker brand whisky. The bottle will begin rolling out in 2021.

And back in September, Design Week spoke with designers who were pioneering water-soluble packaging. Product designer Holly Grounds spoke then about her invention for a dissolvable ramen noodle packaging, which she hopes could challenge the plastic-heavy competitors currently on the market.