Freelancers on feeling vulnerable and facing the challenges of the pandemic 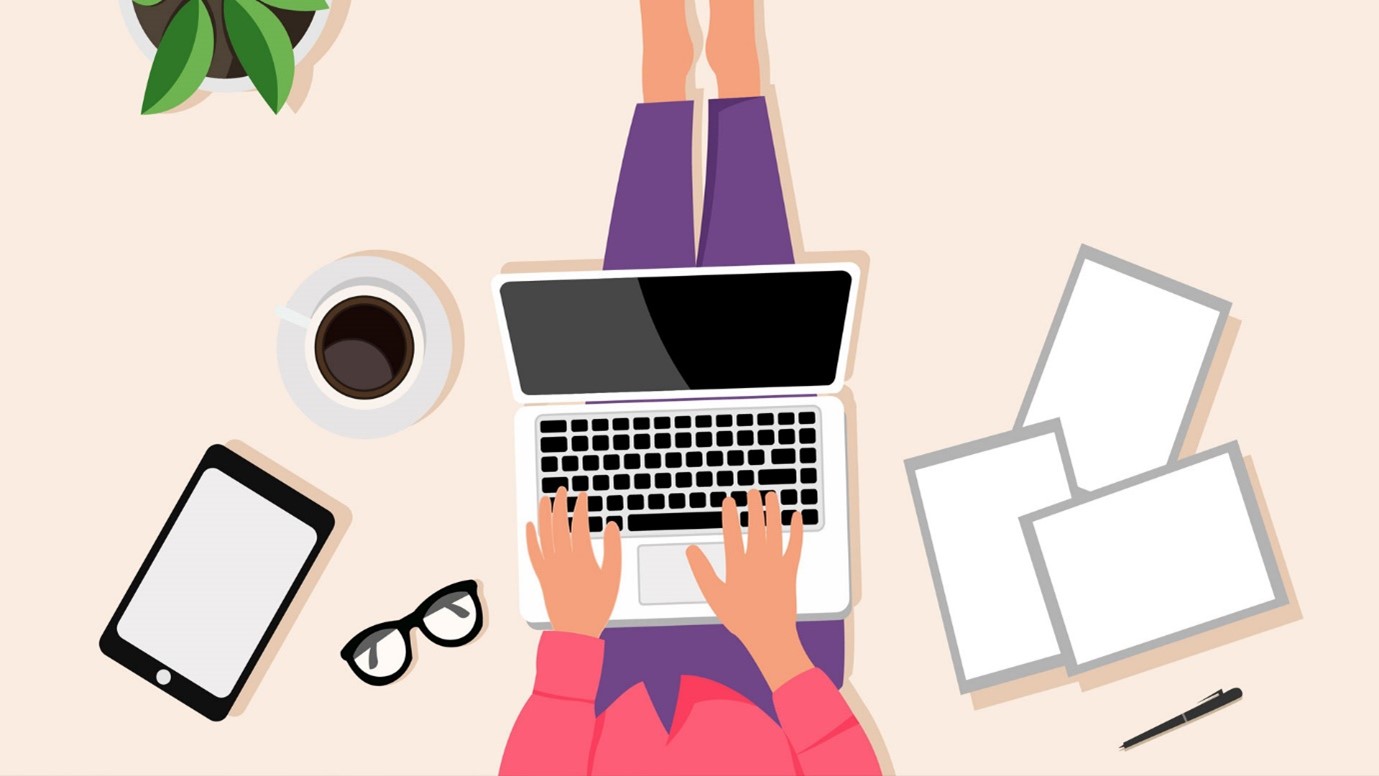 “I’m very aware of how vulnerable I am”: how freelancers are facing the pandemic

Design Week speaks to freelancers about accessing government support, diversifying their offering and how viable they think independent work is at the moment.

Earlier this week, the London School of Economics’ Centre for Economic Performance revealed that a million people may quit self-employment in the UK because of the ongoing coronavirus pandemic.

Using data collected in August – the month the UK economy began to tentatively reopen following the first lockdown – the report suggested 58% of the country’s self-employed workforce had less work, and that the number of people anticipating quitting their work was at its highest among young people: 58% of self-employed people under 25 surveyed were close to leaving their roles.

It’s a damning set of statistics, but one that many freelancers and self-employed designers will be all too familiar with eight months into the pandemic.

One million freelancers “falling through the gaps”

The unequal support on offer from the government has been a source of concern for freelance designers throughout these first eight months of the pandemic. Back in March, chancellor Rishi Sunak unveiled plans for government-subsidised wages for employees, worth 80% of workers’ usual pay packet.

A similar scheme was introduced a week later aiming to give parity to the country’s five million self-employed workers and freelancers, but has drawn criticism throughout the crisis for not being fit for purpose.

Just three months after the announcement of the Self-Employment Income Support Scheme (SEISS), a Treasury select committee report suggested an estimated one million self-employed workers were falling through its gaps – it is thought this is a conservative estimate.

Graphic designer Ellie Pinney was one such designer who didn’t get caught by the government’s net.

“I’m one of the three million people who didn’t qualify for the government’s income support schemes,” she tells Design Week. The three million figure Pinney refers to is that used by Excluded UK, an organisation set up in the wake of the pandemic to support and campaign for those unable to access government help.

Although Pinney has been self-employed officially since January – well before the pandemic reached the UK – part of her income last year came from a PAYE job, rendering her incapable of getting a pay out from the SEISS.

Pinney’s story exemplifies one of the many “holes” in the support system available to self-employed workers. Editorial-focused graphic designer Callin Mackintosh was locked out of accessing SEISS support for another reason.

Having set up his independent business just two weeks before Boris Johnson announced national lockdown measures, Mackintosh didn’t appear to have a tax return from the required three-year period leading up to 2020.

“It was stressful, I felt pretty helpless,” he says. Eventually Mackintosh was able to access some financial support via a self-employment grant scheme. “I was actually only eligible in the end due to a two week overlap in the tax year for being self-employed three years’ previous.” While this money was “a lifesaver”, he says it’s not really sustainable long-term.

“I had to adjust my costs just to secure projects”

The obvious reason for self-employed designers and freelancers needing to access government support is because there’s fewer jobs to go around than usual. Designers that have made and thrived in different creative niches have, almost overnight in some cases, have found their work dried up.

Mackintosh says most of his work pre-pandemic was in the arts and culture sector, which is now facing an “existential threat” due to the effects of the coronavirus.

“[The sector] was hit pretty badly in lockdown with galleries and exhibitions closing,” he says. “This meant projects were being paused and cancelled a lot and with budgets generally being cut, I had to adjust my costs just to secure projects.”

Like so many other freelancers, the lack of jobs has seen Mackintosh diversify his offering. He says there’s more work in “digital and social” areas right now, and this echoes what The Dots founder Pip Jamieson told Design Week in a recent interview. It’s not where he had worked much before, he says, but the process has taught him a lot.

Meanwhile Pinney says she has also began the process of diversifying her client base, so as not to be vulnerable to “whole sector shutdowns”.

“[It’s] so that I don’t have all my eggs in one basket going forward,” she says. “I’m also working to expand my offer to include more video and animation-based projects.”

And former Design Week columnist and freelancer Ben Tallon has “pushed forward” with his writing during the “sporadic quiet spells” brought on by the pandemic. Last month, he published his third book, Ya Mum and Other Stories from the Backstreets of Britain.

“I’ve seen spikes in the demand for both print, audio and e-books. It’s the same with TV; there’s demand for writing in that world and longer term, my books can find a home in other formats,” he says.

Tallon says the threat of “exceptional circumstance” has always worried him in his freelance career, which is why he has sought to push to “diversify my practice for longer term stability”.

When the pandemic hit, designer and founder of Type Tasting Sarah Hyndman found herself hit by both as a designer and a creator of live events. A month in, she tells Design Week she made the decision to try and take her offering online.

“I’ve worked really hard and now I create live Zoom events that are just as brilliant as if you were attending in-person,” she says. “I’ve found ways to bring in fun multisensory elements and I pack them full of games and experiments so there are plenty of “aha!” moments.”

“I don’t want to give in too easily”

As the LSE’s statistics show, the pandemic has left plenty debating the viability of continuing to work for themselves. In cases like Hyndman’s, it’s hard to picture certain practices in our new pandemic-affected world.

“I specialise in creating interactive experiences with multisensory games and hands-on activities, so it’s strange looking back at event photos through today’s COVID-safe eyes,” she says.

Pinney counts herself as lucky that several of her long-standing clients, like the Science Museum and the Roundhouse, kept her busy during the summer.

“Things would have been tougher for much longer without those existing relationships, so I really feel for those who have just started out in the industry,” she says, though she adds that circumstances had her “definitely” questioning her career at the beginning of lockdown.

Mackintosh says his experience has been a mix of “really busy and really quiet”. As expected, he says the quiet periods “make you question what’s best”.

“I don’t want to give in too easily, I just have to keep pushing myself to find new work and clients,” he says.

“The mental strain can take its toll”

But while the pandemic has left people mulling over their own place in the industry, the actual value of design seems strengthened by the pandemic. In the last eight months, designers have used their skills to develop medical equipment, bring together communities, and in particular spread public health information.

“Visual communication is everywhere,” says Tallon. With this being the case, should freelancers consider moving to work within studios or in-house teams? It’s a tough question to answer.

“With no real idea how long this is all going to go on, there are so many unknowns and living in London, it’s impossible to survive without an income,” says Mackintosh. “I think if the right position came up, I’d definitely consider it – the mental strain of having no idea what’s around the corner can take its toll.”

Hyndman has a similar view: “If the right in-house position comes along I’ll be stupid not to accept it because it’s tough creating and marketing a new endeavour from scratch right now. However, as creatives we’re inventive and adaptable so I’m pretty determined to find a way to make this work.”

Stability is something Pinney has considered, but like Hyndman, she says she is still focused on growing her practice herself.

“I’ve worked in-house and for an agency before, and while the stability of a job is definitely appealing after this year, I’m still excited about the different opportunities open to me as a freelancer,” she says. “That said, I certainly have my fingers crossed for a less rocky 2021 – for my own business and everyone else’s too.”