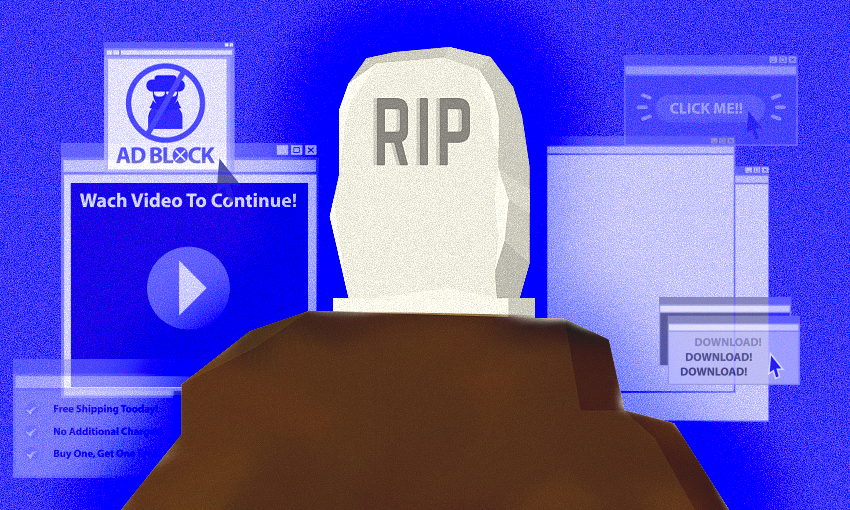 As Apple cracks down on ad trackers and subscription models take hold, all signs point to the decline of online advertising. But don’t count traditional ads out yet, writes former Mediaworks head of news Hal Crawford – they’re popular because they work.

A year ago, when I was casting around for gainful employment as a former media executive, I came up with the idea of cobbling together a news site based on digestion. Digestive issues, I reasoned, affect a huge proportion of the population and yet get cursory treatment in mainstream media. The audience for gut news isn’t geographically limited. I knew enough about digital platforms and news to find an audience. I could do most of the actual work myself, and eventually hire a reporter. Based on a rock-bottom CPM [cost per thousand ad impressions] sold through a third-party network I reckoned I could make a living. News meets science meets [food] intolerance. Magic, right?

I took the idea to some trusted and knowledgeable friends in media and tech, and was greeted with silence. Eventually someone broke it to me.

“Mate, you want to stay away from display.”

Repeat every day: Stay away from display. The business I had been in – news supported by “display advertising” – that had paid my salary for decades, was toxic. If you’re not a global digital platform with billions of users, relying on ads is a game you can only lose.

Advertising has changed hands. It is no longer owned by content companies; it now belongs to digital platforms. This is one of the bigger economic and cultural shifts of recent times. The media industry has been upended and news in particular has suffered. Perhaps as a result, advertising is now under close examination, and many of the examiners have decided it is a somewhat seedy enterprise.

“If a site wants to show you an ad or a good [search] result, that’s a basic conflict of interest,” Neeva co-founder Sridhar Ramaswamy said in newsletter The Takeoff. Ramaswamy wants $5-$10 per month from each user for his product, which incidentally appears to borrow other peoples’ content extensively to provide its value-add.

The incredible thing about this rather long-odds startup is that Ramaswamy worked on Google’s ad product for 15 years, eventually becoming the search giant’s ad chief. He says he doesn’t think ads are evil, but then he mentions it was paedophiles exploiting ad tech that broke him at Google. He also believes tracking cookies, the foundation of digital display value creation, are “creepy”.

Cookie pile-on
He’s not alone in that feeling. Apple and Google are introducing changes that will deliver a one-two blow to third-party cookies, the things that allow advertisers to follow you around the web with infuriating results. Already Apple has banned these cookies on Safari, its web browser, and last week released a new version of iOS that requires apps to get permission to track users. Presumably a high proportion of users are currently unaware they are actually being tracked in apps and will decline the request.

Google is taking a different route, introducing a type of web tracking, FLoC, that groups people into anonymous bunches using AI. FLoC will become the standard tracking tech in Chrome, its dominant browser, and tracking cookies will be banned. I’m hoping this means I won’t still be looking at ads for coffee machines three months after buying one.

Sceptical competitors and commentators see both moves as paying lip service to user privacy while strengthening the competitive position of the giants. In any case, they come at a time when ads in general and ad tech in particular are suffering something of a reputational crisis. 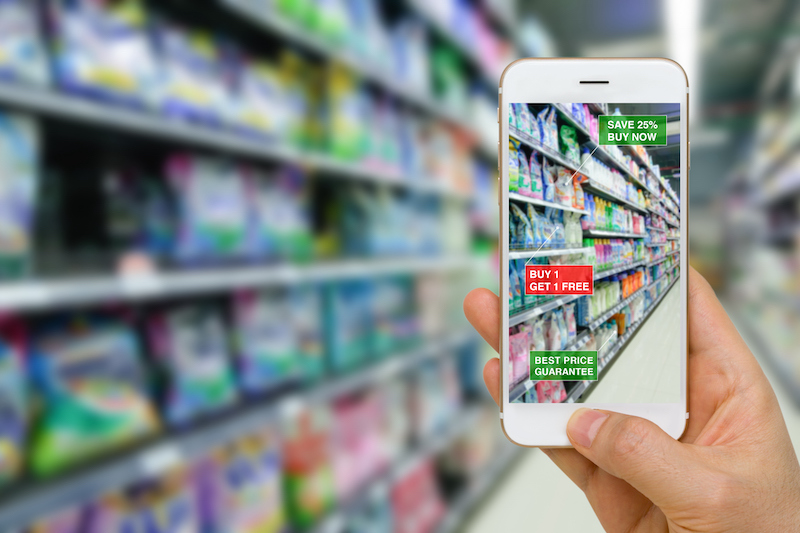 Targeting as the bad guy
Governments around the world are moving to regulate the way their citizens are advertised to in a way that was unnecessary in the offline world. The EU privacy regulator, speaking in a market that already requires cookie consent, earlier this year called for a complete ban on targeted advertising.

The NZ Privacy Act, which came into force in December last year, has no explicit requirement on cookies, but the Privacy Commission says that any business collecting personal information must be transparent about its use. New Zealand, along with the rest of the world, is experiencing a kind of immune response to advertising tech, summed up in the now-mainstream idea that “if you’re not paying for the product, you are the product”.

So what happens now? Hamish McKenzie, the NZ co-founder of editorial innovator Substack, is eloquent on the benefits of abandoning advertising altogether. Substack, a subscription newsletter system, has been set up to create a direct relationship between audiences and writers: you pay the writer in order to read. No third parties. The Takeoff newsletter, mentioned above, is on Substack.

“The ad model for media is busted,” wrote McKenzie on his blog. “Subscriptions align incentives between readers and writers. Instead of producing work that might appeal to a mass audience and can therefore be attractive to advertisers, writers are incentivised to serve their readers.”

This alignment of interests has been noted across the mediasphere, and subscriptions have been widely seen as the way forward, and not just in news. With the broad uptake of Netflix and the “software as service” model, subscriptions are everywhere. The essence of the subscription pitch is that when audiences are clients, businesses behave and content improves.

One important question, given this beneficial alignment, is why many media businesses were ad-supported in the first place. Substack’s McKenzie says it’s because in the past media companies had a choke-hold on distribution and the opportunity to make more money. Could it really be as simple as that? 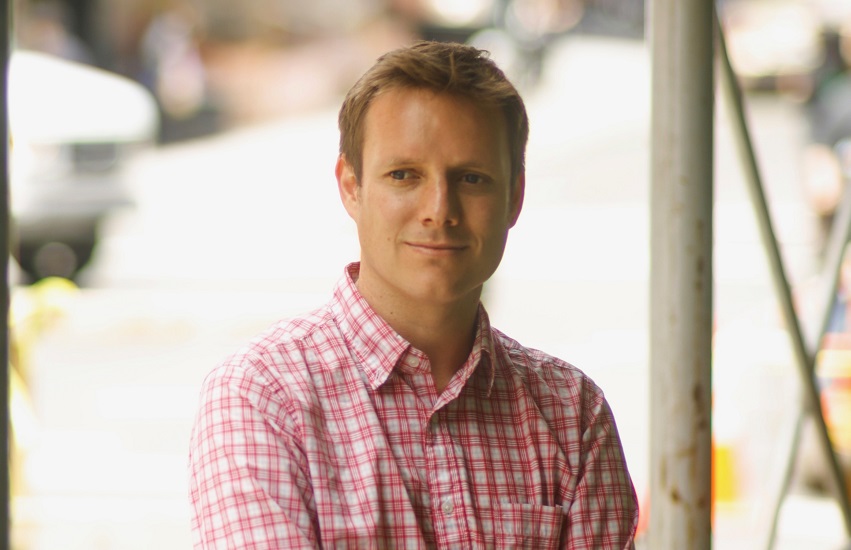 A zombie business model
Advertising may be on the decline, but it would be premature to sign its death certificate. In fact, the imperfect three-way relationship between audience, publisher and advertiser is currently experiencing a big rebound in the US, where quarterly revenue is up by more than 25% year-on-year for many ad-supported digital sites. The situation in NZ is similar in terms of overall digital ad spend, with industry body IAB reporting substantial increases in all forms of digital advertising – including display – in the final quarter of 2020.

The NZ financial news site BusinessDesk provides an interesting case study in how ads and news come together in the wild. BusinessDesk existed for years as a finance news wire service, before in 2020 moving to publish direct to audiences through a subscription model. The subscriptions have fuelled rapid growth, but publisher Matt Martel says BusinessDesk is now selectively taking advertisements as well: “We can do this without advertising, but our runway would be a lot longer.”

Martel says advertisers really wanted to be let in. As a publisher, it must be awfully hard to turn down money from an advertiser who loves your content and wants to support it. From an advertiser’s point of view, the opportunity to be part of something admirable is powerful.

There is an element of psychological need in the drive to advertise, but there is also plenty of hard financial reality. What the EU Competition Regulator seems to have missed in its impetuous call for a ban on targeting is how devastating that would be economically. Tens of thousands of small businesses rely heavily on cheap and accurate digital marketing to reach customers.

Death of a thousand subscriptions
In writing this article, I did some accounting I should have done a long time ago: adding up the total cost of all my digital subscriptions. They came to over $1500 a year. At this stage, every new $5/month feels like another straw on the back of the mangy camel of my finances. I am beginning to experience subscription fatigue.

Whether this is a personal thing or a wider experience may determine how far subscriptions can be pushed. Given the demand for advertising that good content brings – as demonstrated by the BusinessDesk experience – it may be that we’ll never find out whether subscriptions alone would be enough to support a healthy media ecosystem.

Despite the warnings of my colleagues against display and the poor reputation of ad-tech, advertising is going to continue to play a big role in financing what people read, watch and listen to. I don’t think that’s a bad thing. Who knows, one day I may need to do some [gut news-related] marketing myself.