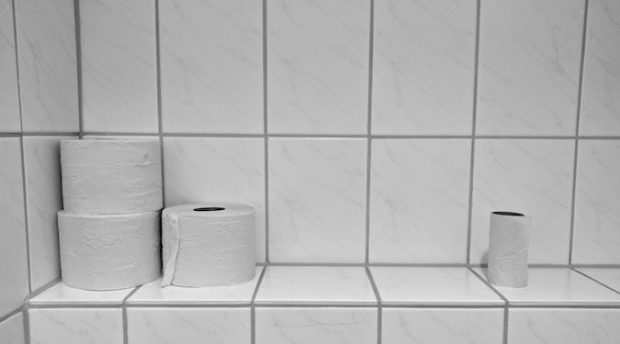 It’s difficult to avoid news about toilet paper right now with stories and images of empty shelves littering the media and the hashtag #ToiletPaperEmergency trending on Twitter. We take a look at how are brands responding online.

Social enterprise and trendy ethical toilet paper brand Who Gives A Crap announced this week that it has completely sold out of toilet paper as ecommerce sales skyrocketed – a result of panic buying. While Who Gives A Crap is not currently taking orders, it does encourage solidarity in the community:

“If you have spare rolls, see if your neighbours need some. Go and support your favourite Chinese restaurant. Watch some puppy videos.”

Founder and chief Simon Griffiths of Who Gives A Crap tweeted that sales were eight times higher than average with the wealthy Sydney suburbs of Balmain and Mosman over-indexing the most. 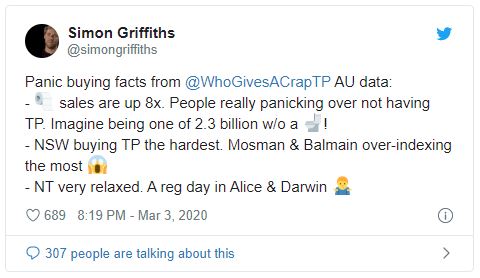 Adrian Elton, the Independent creative director behind the infamous Clive Palmer Ikea mock ad that went viral on social media, has responded to public frenzy by posting a satirical ad on LinkedIn that appeals to advertisers and marketers directly. 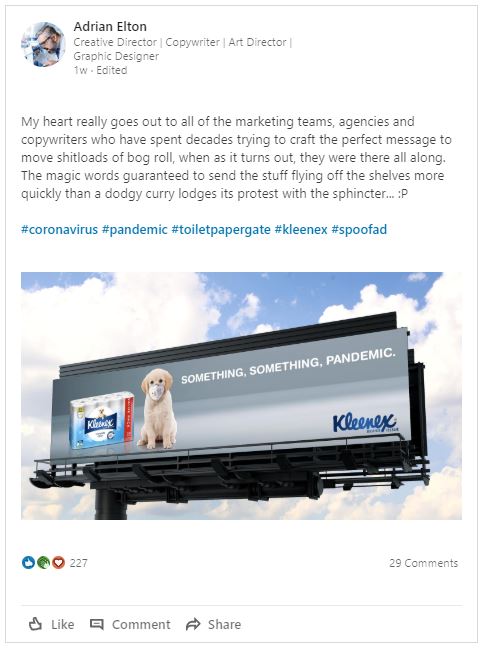 Virgin Australia also played on the hysteria on social media with a post on Twitter reminding passengers that toilet paper will be available onboard.

Meanwhile, memes mocking the situation are gaining momentum on social media, with some brands ceasing on the opportunity to create humorous PR stunts, like the Ramsgate Hotel in Adelaide who released a fake security video on social media of a person ‘stealing’ toilet paper from the venue in a panic which received thousands of comments.

Leading retail expert and Associate Professor at the Queensland University of Technology, Gary Mortimer, referred to the panic buying “herd behaviour” that happens during times of uncertainty. 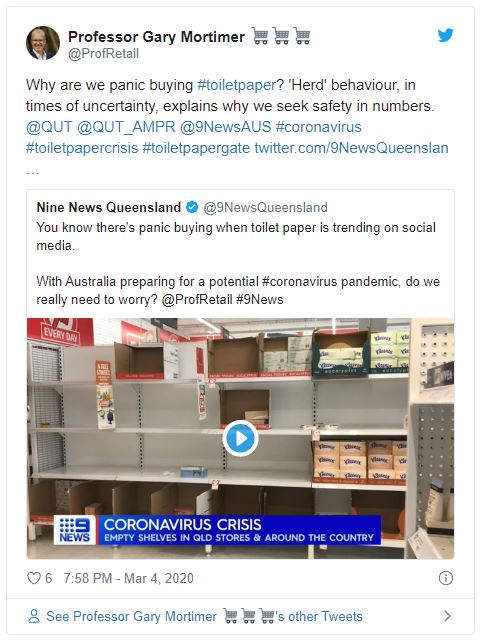 Photo by Michael Jasmund on Unsplash.