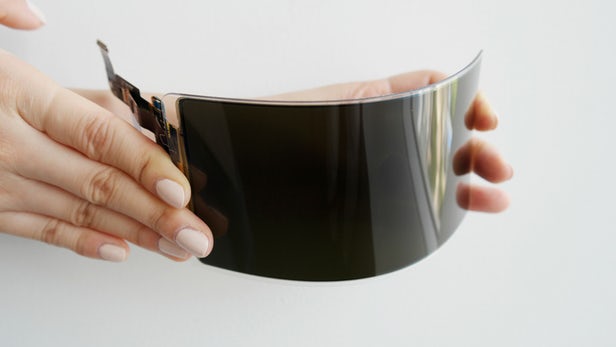 We keep on dropping our smartphones, so manufacturers keep on trying to find ways to make the displays on them tougher. Just a few days after Corning unveiled its improved Gorilla Glass 6, Samsung has shown off an officially "unbreakable" OLED panel destined for the Galaxy smartphones of 2019.

Samsung actually previewed the 6.2-inch, 1,440 x 2,960 pixel panel a couple of months ago, but it's now been given the seal of approval from industry testers Underwriters Laboratories (UL), which works with the US government.

The secret sauce lies in the special substrate and custom-made overlay that Samsung has put together, making the screen much more robust than traditional OLEDs panels that have glass placed on top. It means the entire display can be flexed, not just the OLED layer.

"The fortified plastic window is especially suitable for portable electronic devices not only because of its unbreakable characteristics, but also because of its lightweight, transmissivity and hardness, which are all very similar to glass," said Samsung's Hojung Kim in a statement.

UL put the screen through tests based on military standards set by the US Department of Defense. It survived 26 successive drops from 1.2 meters (nearly four feet) and continued operating as normal, and could also survive temperatures of 71° C (160° F) and -32° C (-26° F).

Samsung went a few steps further, conducting a successful drop test from 1.8 meters (nearly 6 feet), and striking the OLED panel with a hammer without any noticeable effect to the screen – check out the video below for details.

As for when we'll see the screen hit the market, the Galaxy phones of 2019 seem a good bet. Samsung is being widely tipped to reveal some kind of foldable smartphone during the course of the next year, and this durable, flexible OLED panel would be perfect for it.

Next up from Samsung will be the Galaxy Note 9, with a launch date scheduled for August 9. This display is arriving too late for that though – expect the Note 9 to largely follow the template laid down by the Samsung Galaxy S9 and S9 Plus.

The screen might also find its way into tablets, car displays, portable games consoles and other electronics, Samsung says, so you might soon be able to cut down your gadget insurance premiums across the board. Watch this space.