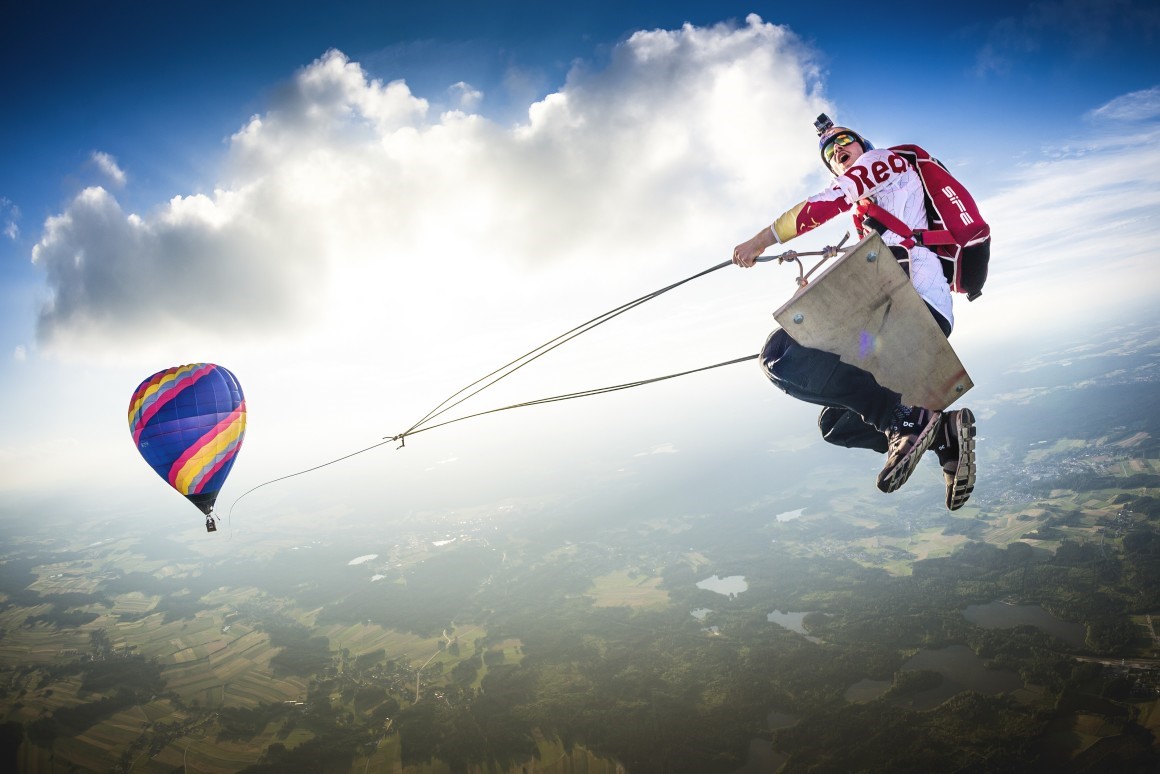 The winner of the Wings category was Philip Platzer of Austria, for this dizzying snap of Marco Fürst at the height of a swing suspended from a hot air balloon, in Fromberg, Austria

The winners of the Red Bull Illume Image Quest 2019 photography competition have been revealed. True to the theme, the selected images showcase high-energy antics and extreme sports set against beautiful backdrops in some of the most amazing places in the world, making for some truly stunning shots.

This year’s competition attracted almost 60,000 submissions, which were whittled down to 60 finalists. This shortlist was exhibited at the Lumen Museum of Mountain Photography in Italy, and from that winners were selected in the 11 categories, along with an Overall Winner.

In this case, the Overall Winner was Ben Thouard from France, for a surreal underwater shot of surfer Ace Buchan. The winning photo was snapped in Teahupo’o, Tahiti, and also nabbed the top spot in the Energy category.

The Overall Winner was Ben Thouard from France, for a surreal underwater shot of surfer Ace Buchan. The winning photo was snapped in Teahupo’o, Tahiti, and also nabbed the top spot in the Energy category

"I've dedicated the last few years to shooting underwater, looking for new angles and a new way to shoot surfing and waves,” Thouhard explains. “Tahiti has some of the clearest water in the world. This photo was shot during a freesurf session right before the WCT (2019 World Surf League Championship Tour) event in Teahupo‘o. This is Ace Buchan kicking out from the barrel through the wave, a technique to escape a close-out wave. Luckily I was right below, breathless with my waterhousing waiting for this moment.”

New for the 2019 competition is the Moving Image category, which allows a video sequence of between five and 30 seconds long. The inaugural winner was Rupert Walker of Canada, for a carefully choreographed drone video following mountain bikers Brandon Semenuk and Ryan Howard down a custom-built slalom line in Paso Robles, California.

Thankfully, from now on it looks like we don’t have to wait as long for the next iteration of the competition. Due to popular demand, Red Bull says it will run the Illume Image Quest every two years instead of every three.